Top seed Diego Schwartzman completed a dream week at the Argentina Open with a 6-1, 6-2 victory against qualifier Francisco Cerundolo on Sunday to claim his long-awaited first ATP Tour title on home soil.

The Buenos Aires native had previously reached two finals in Argentina, including one here at the ‘Cathedral of Argentine Tennis’ in 2019, but he had yet to taste victory at home. Schwartzman was in control from start to finish on Sunday and ended Cerundolo’s run in one hour and 21 minutes to seal his fourth ATP Tour title.

“It was an emotional week. [It was] very different because in the other weeks you don’t have all your family and friends with you, the people who never see you on court,” Schwartzman told ATPTour.com. “Having these moments, sharing this with them and winning the title is a totally different feeling. It’s amazing…

“Two years ago, I reached the final here and lost… I was very unhappy, but two years later I have my revenge against Francisco, who is a great player.”

Last week, his opponent Cerundolo’s younger brother, 19-year-old Juan Manuel Cerundolo, turned heads with his own title-winning run at the Cordoba Open. Francisco was trying to replicate his run after qualifying in Buenos Aires and make them the first siblings ever to win titles on consecutive weeks. But he ran up against a rock-solid top seed and World No. 9 in the final.

After playing five three-set matches in one week, Cerundolo’s fatigue was evident from the start and Schwartzman wasted no time in testing his legs. He broke the Cerundolo serve six times, and stayed aggressive from the baseline as he marched to victory. 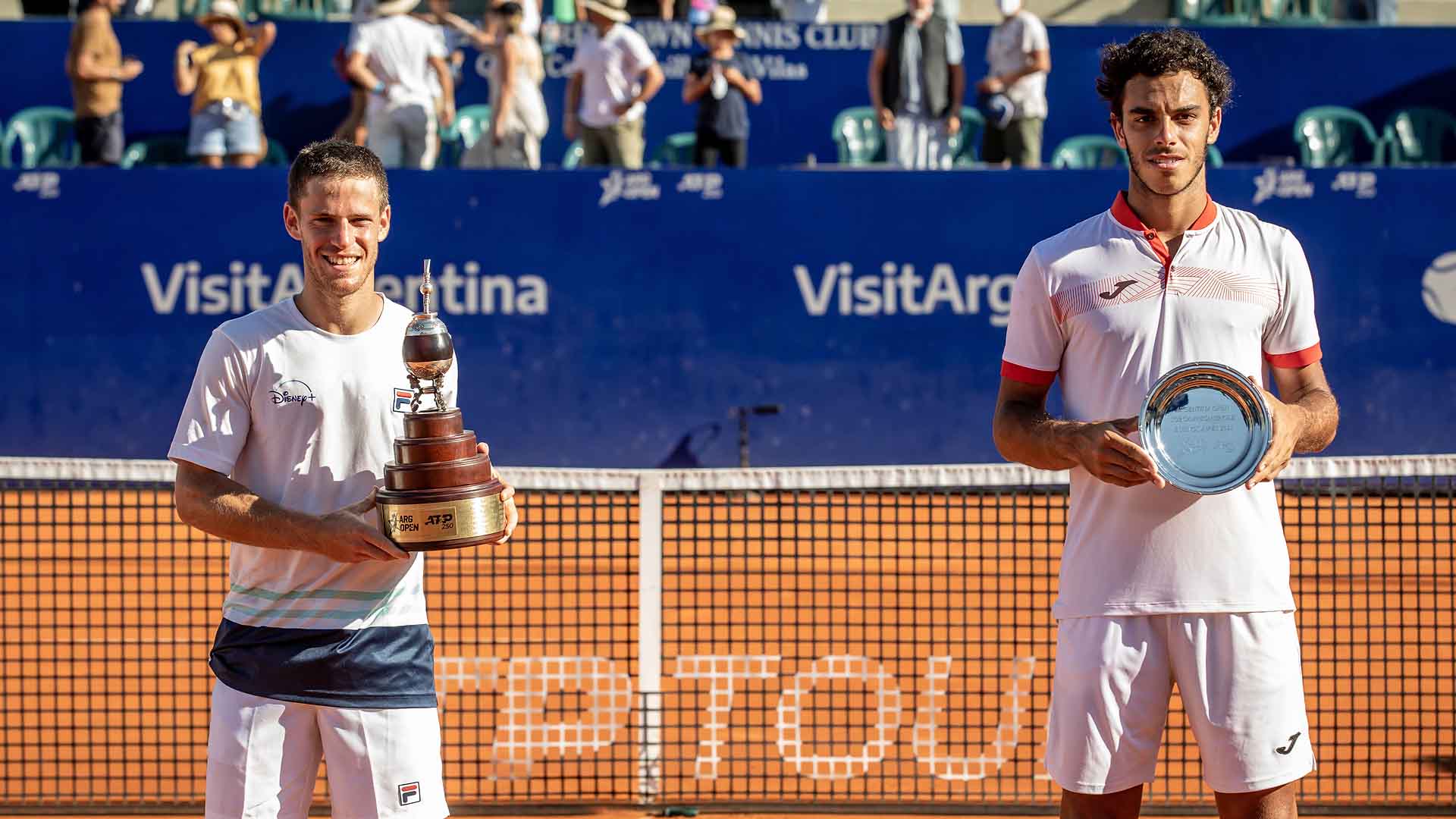 “[Cerundolo] had a spectacular week, I’ve been following him since he qualified and we’ve had great conversations and talked about his matches,” Schwartzman said. “I also know his whole family, they were there at the same club where I started playing tennis before [Francisco] was born… This was his week, last week was [Juan Manuel’s] week.”

Schwartzman didn’t not drop a set all week in Buenos Aires, and only lost his serve three times en route to the trophy.

“That is a very weird stat about my serve,” he mused afterward. “I think I served really well all the matches and I felt very good on court. [I was playing] aggressive, doing good defense and not many mistakes and every match felt better and better. I think that’s why I won the title.”

With the triumph, Schwartzman became the first Argentine champion in Buenos Aires since 2008, when David Nalbandian won another all-Argentine final against Jose Acasuso.