In 2020, Carlos Alcaraz emerged as Spain’s teen sensation, launching his professional journey with a breakout campaign on the ATP Challenger Tour. In 2021, another Carlos is ready to join the Spanish Armada of the future.

Carlos Gimeno Valero lifted his first Challenger trophy on Sunday, battling to the title on home soil in Gran Canaria. After fighting through a trio of deciding-set matches during the week, the 19-year-old secured the crown with a 6-4, 6-2 win over Kimmer Coppejans in the championship.

It marks the third straight year in which a Spanish teen has claimed a Challenger title, with Gimeno Valero following in the footsteps of Nicola Kuhn (2019) and Alcaraz (2020). The Valencia native soars from outside the Top 400 of the FedEx ATP Rankings to a career-high No. 295 on Monday.

In addition, at the age of 19 years and eight months, Gimeno Valero joins Brandon Nakashima as the second teenage titlist on the ATP Challenger Tour this year. He is also the third first-time #NextGenATP winner of 2021, along with Sebastian Baez and Jenson Brooksby.

Gimeno Valero, who trains at Juan Carlos Ferrero’s academy in Spain, was a Wimbledon junior finalist in 2019. He has made a seamless transition to the professional level, earning his first title in just his sixth Challenger appearance.

Congrats Carlos. How does it feel to win your first Challenger title?
I feel great after getting this win. At the start of the week, I wanted to play my best game but did not expect to win the tournament. I’m just very happy and I hope to play like this in the next tournaments.

What was the key in your first final? Were you nervous?
Yes, I was nervous at the start of the match. But with my coach, we made a very good plan and to be more aggressive than the last matches. I feel like I took the initiative and played very well in this match.

You had three wins in deciding sets. How important was your mental toughness this week?
I feel like I needed these kind of matches, to play third sets against top players. That gave me a lot of confidence in the final.

It is always special to win your first title. To win it in Spain is even more special. Describe that feeling, in front of the home fans.
It was incredible, playing with all the fans that came to support me this week. To play in front of so many people in these difficult times was amazing.

This is just your sixth Challenger tournament.  How do you explain your sudden success at this level?
There is a big difference here from the ITF tournaments. There are very good players, even in the first round and second round. I just feel that I am playing my game and staying with it all week. I stay focused every match and I hope to continue like this in the future.

The transition from juniors to pros is not easy. What is the most challenging part of playing Challengers?
The biggest difference is both the physical and the mental part. Players are stronger in every part of the game. It is not easy going to the Challengers, but I feel like I adapted very well.

Who is your coach and what did you work on to prepare for the 2021 season?
My coach is Fran Martinez, at the Ferrero Equelite Academy in Spain. We tried to improve all parts of my game, but worked a lot on my serve and to be more aggressive. We practised very hard for this. 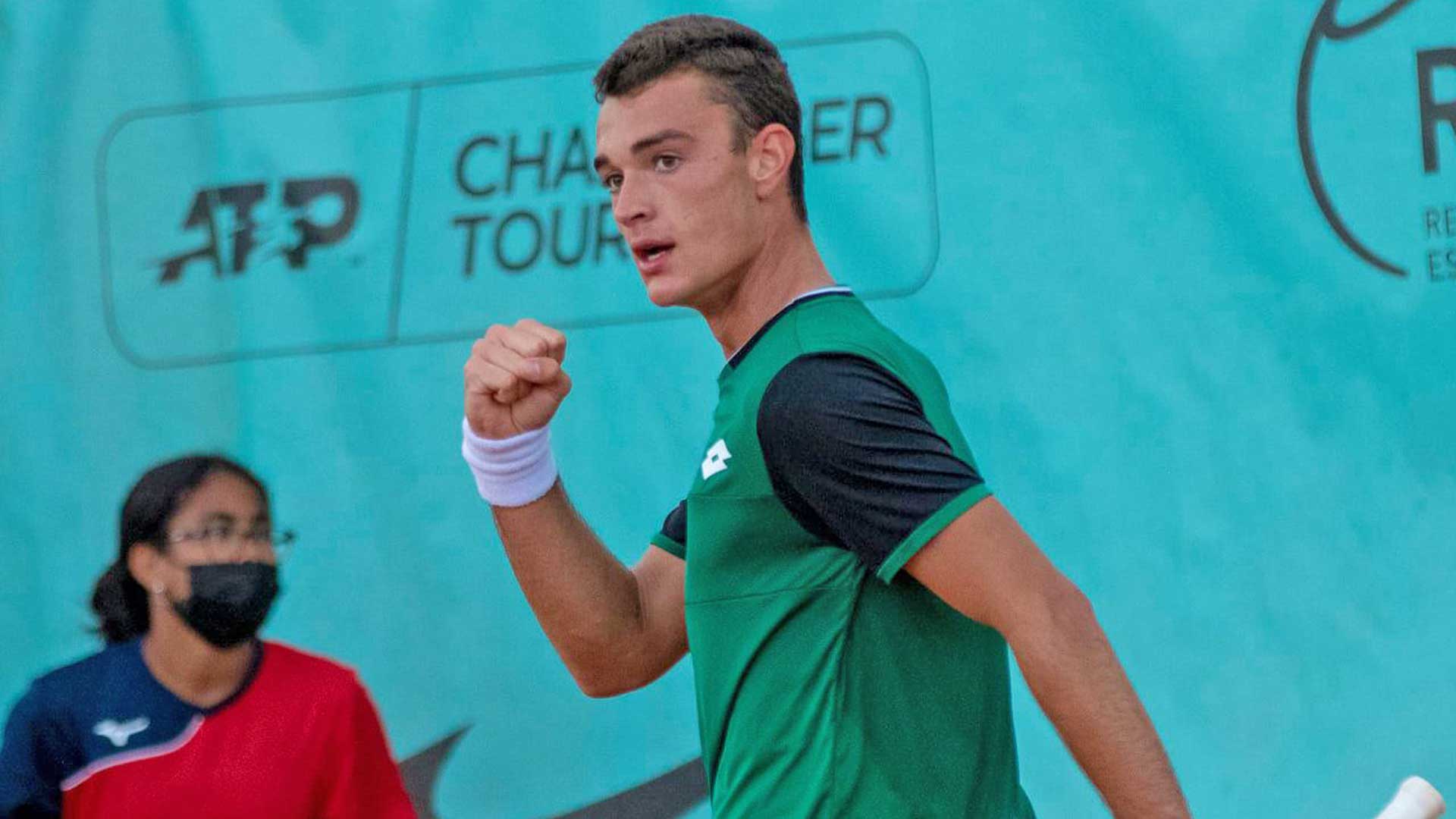 Carlos Alcaraz also trains there. How has Carlos’s success inspired you?
Carlos is like a brother to me. We train all the time in the academy together. I don’t need to speak about his game, because we all know that he plays incredible. We are very good friends.

Who was your idol growing up? Why?
My idol was David Ferrer. I watched him play from when I was a kid. His fighting spirit and his game was something I admired. How he is as a person is also something I looked up to.

For those of us that don’t know you, how did you start playing tennis?
I started in my home in Valencia, with my dad. I was seven or eight years old. I went to the local academy to play for two hours a week. This is how I started and I never stopped playing from there.

Tell us something about you. What do you enjoy doing off the court?
I enjoy playing PlayStation and spending time with my friends. I don’t have so much time at home, but when I am there I like to be with friends and family. Doing normal things like go to the movies.