Murray: ‘If I Was Getting Smoked, I Wouldn’t Keep Going’

Andy Murray told media on Monday before beginning his debut at the Open Sud de France that he barely paid attention to the Australian Open. The former World No. 1’s reasoning might be a surprise, though.

“I didn’t watch any because I wanted to be there myself and it was a struggle to be honest. Stopped following all the tennis players I follow on social media because I just really didn’t want to see it,” Murray said. “I saw little bits and pieces of highlights, but didn’t watch any [more].”

Murray, who typically watches a lot of tennis, tested positive for COVID-19 before his scheduled flight to Australia, and was therefore unable to travel to Melbourne and compete in the season’s first Grand Slam. The three-time major winner tested negative in time to play the Biella Challenger in Italy, where he reached the final.

The World No. 121 is still working his way back to form after undergoing right hip surgery following the 2019 Australian Open. Later that year, Murray won an ATP Tour title at the European Open in Antwerp.

“I’ve played in practice with lots of top players and I know how I’m getting on against them. If I was getting smoked when I was practising and playing with guys, I wouldn’t keep going through it,” Murray said. “But I know the level that I’m playing at.

“I’ve been playing and practising with guys who are between 20 and 60, 70 in the world and I’m doing absolutely fine and that’s off the back of hardly playing any matches in the past couple of years.”

This week in Montpellier, Murray will compete in his fifth tour-level event since the start of 2020. He opens his campaign against Belarusian Egor Gerasimov.

“If I can stay fit for a period of time and get good practise in and matches in, I don’t see why I shouldn’t be able to compete with the best players. Obviously playing your Rafas, Novaks, Rogers, Medvedev, Thiem, these guys is difficult,” Murray said. “Of course it would be, that would have been the case when I was ranked right up at the top of the game. But I still feel like I can compete for big events. I wish I was able to show that in Australia, because I was ready to do that. No question, I was ready to do that.” 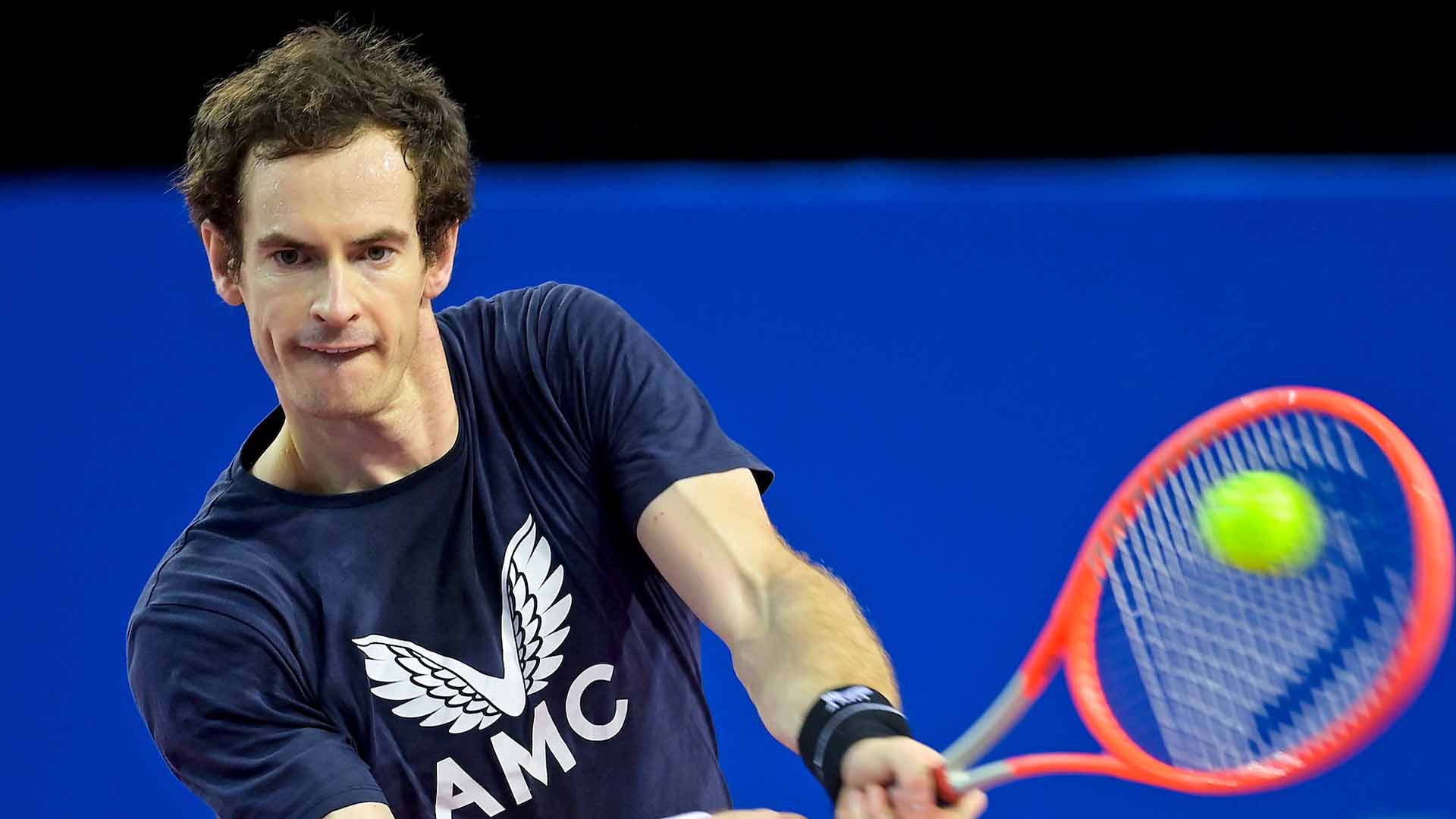 Photo Credit: J.B. Autissier – Panoramic;
Murray believes he will be competitive on hard courts and clay courts, but he isn’t sure about clay, mostly because he has only played one tournament on the surface since 2017 Roland Garros. The Scot emphasised that his health will be key.

“I need to stay fit. If I don’t stay fit, then no, I’m not going to get back to where I want to. But if I could stay fit for a period of time, then yeah,” Murray said. “It’s difficult just now moving up the rankings because of the two-year rankings… in terms of performance on the court, we’ll see. Let’s see whether I can compete with them. I’m doing it each week now. I’m going to get the chance to compete against them, so let’s see. People keep asking me about it, let’s see what happens.”

The 33-year-old has been asked often about what level he can return to. Even he isn’t sure.

“What matters is when I’m on the court,” Murray said. “Can I still do it? We’ll find out.”