After missing 14 months with a toe injury, the #NextGenATP American impressed in just his third tournament back – and just his third since turning pro – lifting the trophy at the PotchOpen II. Brooksby rallied from a set down to defeat Teymuraz Gabashvili 2-6, 6-3, 6-0 for the hard-court title after one hour and 45 minutes.

An aggressive player and a fiery competitor, Brooksby demonstrated both of those traits as he battled for the trophy in Potchefstroom. Not only did he come back from a set down in both his first-round match (d. Peniston) and the final, but he was forced to go the distance against last week’s Potchefstroom I champion Benjamin Bonzi as well. It was a breakout week for the 20-year-old from California.

Brooksby is a former U.S. junior champion, who sent shockwaves throughout the tennis world with an upset of Tomas Berdych at the 2019 US Open. It was in New York that an 18-year-old Brooksby successfully qualified for his home Grand Slam, before defeating the former World No. 4. He would then push 17th seed Nikoloz Basilashvili to four sets in the second round.

Having enrolled to play college tennis at Baylor University, Brooksby was set to embark on the next step in his journey, but a toe injury would sideline him indefinitely in late 2019. He would not step on a match court for 14 months, eventually opting to turn pro to open his 2021 campaign. The decision would pay dividends. Just three tournaments into his comeback, he lifted the trophy in Potchefstroom.

Brooksby rises 66 spots to a career-high No. 249 in the FedEx ATP Rankings and is up to seventh in the ATP Race To Milan. He is one of three #NextGenATP Americans making moves in 2021, joining Sebastian Korda and Brandon Nakashima as players from the United States seeking to qualify for the Next Gen ATP Finals. In fact, the trio have all won Challenger titles already this year, with Korda and Nakashima prevailing in consecutive weeks in Quimper I and Quimper II. 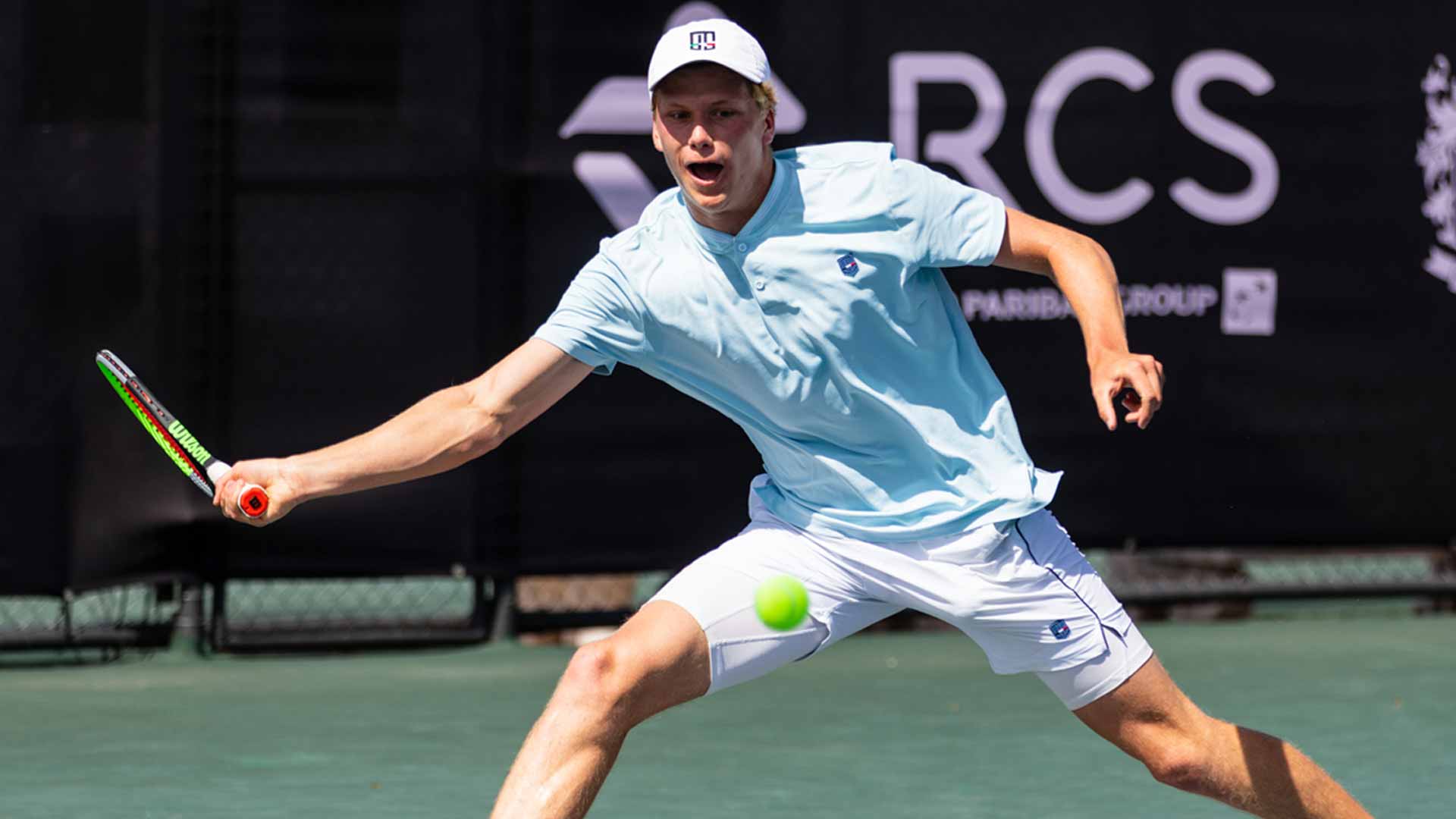 The Sacramento native spoke to ATPTour.com following the victory…

How did you get it done today? Competing in your first final, were you nervous?
I was pretty nervous at the start. Teymuraz started out strong and caught me a bit off guard, but I battled past the nerves, thankfully, to get through.

This was just your third tournament after missing all of 2020. How do you explain your sudden success?
I knew that in 2019 I had a good year, winning my first match at the US Open and also the results leading up to that. But I had a couple injuries at the start of 2020 and then COVID happened. I knew I always had this level in me, but I’m just happy to be out here competing again.

Can you describe the injury and how you were able to recover? What was the process like?
The bad one was a toe injury in December 2019, that kept me from playing college matches in early 2020. I was in a boot for a couple months and it took a while to get back on the court. But you just have to stay motivated through whatever happens.

After those struggles, how can a week like this build your confidence and rhythm going forward?
It gives me great confidence that my game is getting better and be more disciplined out here. I can hold my nerve and compete with these guys and win. I’m looking forward to the next tournaments coming up and the rest of the year.

Who is your coach and what did you work on to prepare to turn pro this year?
My coach, Nick Bezzubchenko, is here with me and we’ve put in a lot of work together. This is the third week in a row we’ve been traveling and he’s helped me a lot to stay motivated and get my game better. And I owe a lot to Joseph Gilbert back home for always keeping me tough, so thanks to them both. They’ve been a great help for me.

You have a very aggressive game style and play with a lot of energy. Who inspired you and where does that come from?
I would say my coach Joseph back at home [at the JMG Tennis Academy in Sacramento, California]. I’ve been with him since I’m seven years old. Through the tough moments and the good moments he’s always been there for me, so I’m really appreciative. He’s definitely brought my game to where it is today.

We know it’s a difficult time in South Africa with COVID. How did they make you feel comfortable and safe in Potchefstroom?
I didn’t know what to expect coming to South Africa for the first time, but I’ve enjoyed coming here. The court setup and the hotel setup were perfect, both weeks I’ve been here. Thanks to everyone for helping to host the tournaments. They all did an incredible job.

For those of us that don’t know you, tell us something. What do you enjoy doing off the court?
Back in California, it’s definitely the piano. I love playing piano at home. That’s the most fun thing I do off the court.