Medvedev: ‘I’m The Challenger. I’m Happy About It’

Shortly after his 6-4, 6-2, 7-5 victory against Stefanos Tsitsipas in the Australian Open semi-finals, Daniil Medvedev turned his attention towards his final opponent at Melbourne Park: eight-time champion Novak Djokovic.

Medvedev showcased his best level inside Rod Laver Arena on Friday night, as he neutralised Tsitsipas’ game for the majority of their two-hour, nine-minute clash and struck 46 winners en route to victory. But despite his strong form, Medvedev believes that he will enter the championship match as the underdog, given his opponent’s 17-0 unbeaten record from the semi-final stage at this event.

“[Djokovic] is the favourite because… [in the] eight occasions that he was in the semi-finals, he won the tournament… I’m the challenger, the guy that challenges the guy who was eight times in the final and won eight times. I’m happy about it,” said Medvedev.

“I like to play against Novak. Since the first [match], when I was ranked No. 63 [in the FedEx ATP Rankings], we always had tough matches physically [and] mentally. He’s one of the greatest tennis players in the history of tennis, so playing a final against him is superb. I’m really happy about it… I have nothing to lose, to be honest.”

When Medvedev steps onto the court on Sunday, he will be attempting to level his ATP Head2Head series against the World No. 1 at 4-4. En route to the biggest title of his career to date, Medvedev won his most recent encounter with Djokovic 6-3, 6-3 at last year’s Nitto ATP Finals. 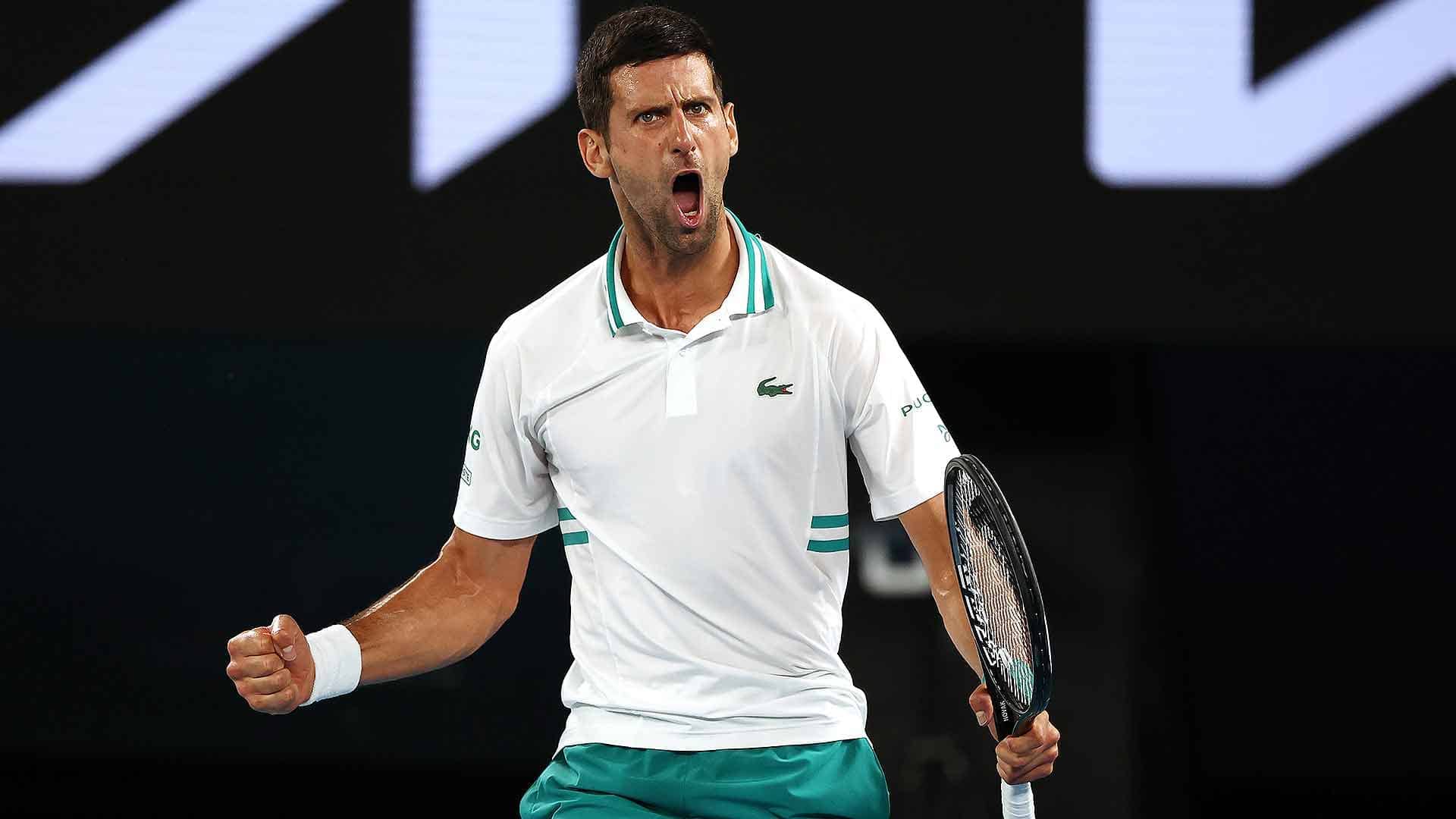 When asked what the most difficult aspect of playing against Djokovic is, Medvedev pinpointed the top seed’s ability to cut errors out of his game and vary his attack. It is a quality Medvedev also sees in himself.

“When [Djokovic] is in the zone, he doesn’t miss,” said Medvedev. “He goes down the line, [he goes] cross court, [he hits the] forehand, [the] backhand, he doesn’t miss. That’s the toughest part of playing against him. I think that’s where I should be good also and that’s where my game is good… That’s why some matches that we played are really unbelievable matches. A few times I saw the highlights, and I was, like, ‘Wow, this level is unbelievable.’ That’s what I have to do to keep up with him on Sunday,”

Medvedev will enter his second Grand Slam final on the longest tour-level winning streak of his career. With his semi-final win against Tsitsipas, the Russian became the sixth active player to win 20 consecutive tour-level matches. The only other active players to have achieved the feat are Djokovic, Rafael Nadal, Roger Federer, Andy Murray and Juan Martin del Potro.

One of the most impressive aspects of Medvedev’s run has been the quality of opposition he has faced. Across his 20 wins, he has faced a Top 10 opponent on 12 occasions.

”When you beat everybody, [it] is just great, because I think people start maybe to be a little bit scared [of] you,” said Medvedev. “At the same time, sometimes there are going to be some [players] that are going to want to beat you even more. It’s a tricky situation, but I’m happy I managed to be on top in all [of] those 20 matches.”

Medvedev will enter his eighth ATP Head2Head encounter against Djokovic high on confidence. While he may feel that he played better in his quarter-final win over countryman Andrey Rublev than he did against Tsitsipas, the 25-year-old believes he may have hit one of the best shots of his career towards the end of his semi-final triumph.

On break point at 5-5 in the third set, Medvedev charged across the baseline and threaded a backhand passing shot up the line to break Tsitsipas and serve for a place in the championship match. Despite being well-known for his muted celebrations after big wins, the Moscow native let out a roar and waved his arms at the crowd.

“I wanted the [crowd] to recognize me, because the shot was unbelievable,” said Medvedev. “I think [it was] one of my best shots in my career. My legs were facing the other way of the court because I didn’t have time, so I have no idea how I made this [shot], and I was really happy about it.”

As he attempts to become the first Russian men’s singles champion at the Australian Open since Marat Safin in 2005, Medvedev believes the lessons he learned from his epic five-set US Open final loss to Rafael Nadal in 2019 may help him get across the line on Sunday.