Karatsev’s Quarantine Practice Partner: ‘He Has No Fear’

Aslan Karatsev has enjoyed a dream run at the Australian Open, where he will play eight-time champion and World No. 1 Novak Djokovic on Thursday in the semi-finals. One player who is not surprised by the Russian’s success is his quarantine practice partner: Sumit Nagal.

“I am not amazed to be honest. I knew he was playing well as I was practising with him daily,” Nagal said. “I am happy for him and I hope he even goes further.”

Nagal, like Karatsev, competed in the Australian Open main draw for the first time. The 23-year-old Indian, who is No. 144 in the FedEx ATP Rankings, was able to tell how high on confidence the Russian was from hitting with him for two weeks.

“The amount of confidence he has is very high. He has no fear and he is going for his shots no matter what, which is brave of him to do,” Nagal said. “But again, you can do that when you have the confidence [he has right now].”

Karatsev finished his 2020 season by winning 18 of his final 20 ATP Challenger Tour matches. The 27-year-old claimed two of his three Challenger titles after tennis’ resumption in August, which followed a five-month suspension due to the COVID-19 pandemic.

Nagal did not know Karatsev extremely well before their two weeks on court together. In their only professional match against one another, at the Milan Challenger in June 2019, Nagal beat Karatsev 6-4, 7-6(4) to reach the semi-finals. However, Karatsev was World No. 343 at the time. 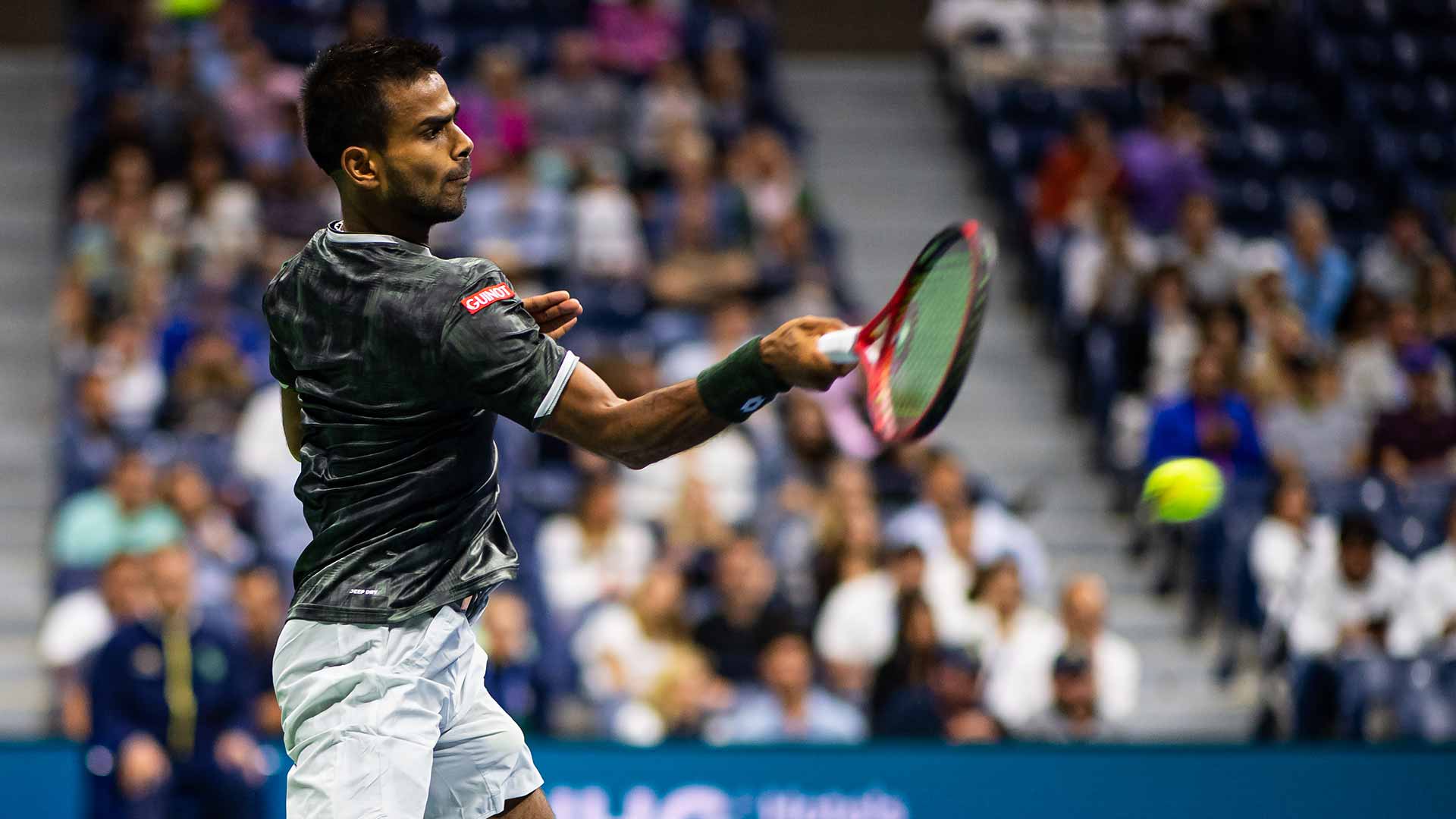 Photo Credit: Mike Frey/Tennis Photo Network
The Indian is no stranger to big stages, winning a set against Roger Federer in the first round of the 2019 US Open inside Arthur Ashe Stadium. Nagal has been impressed by how Karatsev has handled himself with all eyes on him. One thing has stood out the most.

“Him sticking to his game plan,” Nagal said. “I really like that. He has an amazing backhand and is pretty explosive.”

Nagal lost in the first round of the Australian Open against Ricardas Berankis, and he is currently en route to compete in qualifying at the Cordoba Open in Argentina, more than 10,000 kilometres away. The 23-year-old is happy for his quarantine practice partner’s success.

“Him and his team have worked very hard to get where he is,” Nagal said. “I was happy to share the court with him.”