With a limited number of fans back on-site at Melbourne Park, after a five-day lockdown that was implemented on 13 February, eight-time champion Djokovic ended the fairy-tale run of World No. 114 Karatsev, who had been bidding to become the first player to reach a Grand Slam final on his major debut.

Through 15 games, Djokovic committed just one unforced error and he struck 30 total winners en route to the 28th Grand Slam championship final of his career. The 34-year-old, who completed the victory with his 17th ace, will now look to add to his 17 major crowns and move one step closer to all-time title leaders Rafael Nadal and Roger Federer (both with 20 Grand Slam trophies).

Djokovic, who is eight matches unbeaten in 2021, will now prepare to play fourth-seeded Russian Daniil Medvedev or fifth seed Stefanos Tsitsipas of Greece in Sunday’s title match. Djokovic leads Medvedev 4-3 in their ATP Head2Head series and the Serbian has won four of six matches against Tsitsipas. 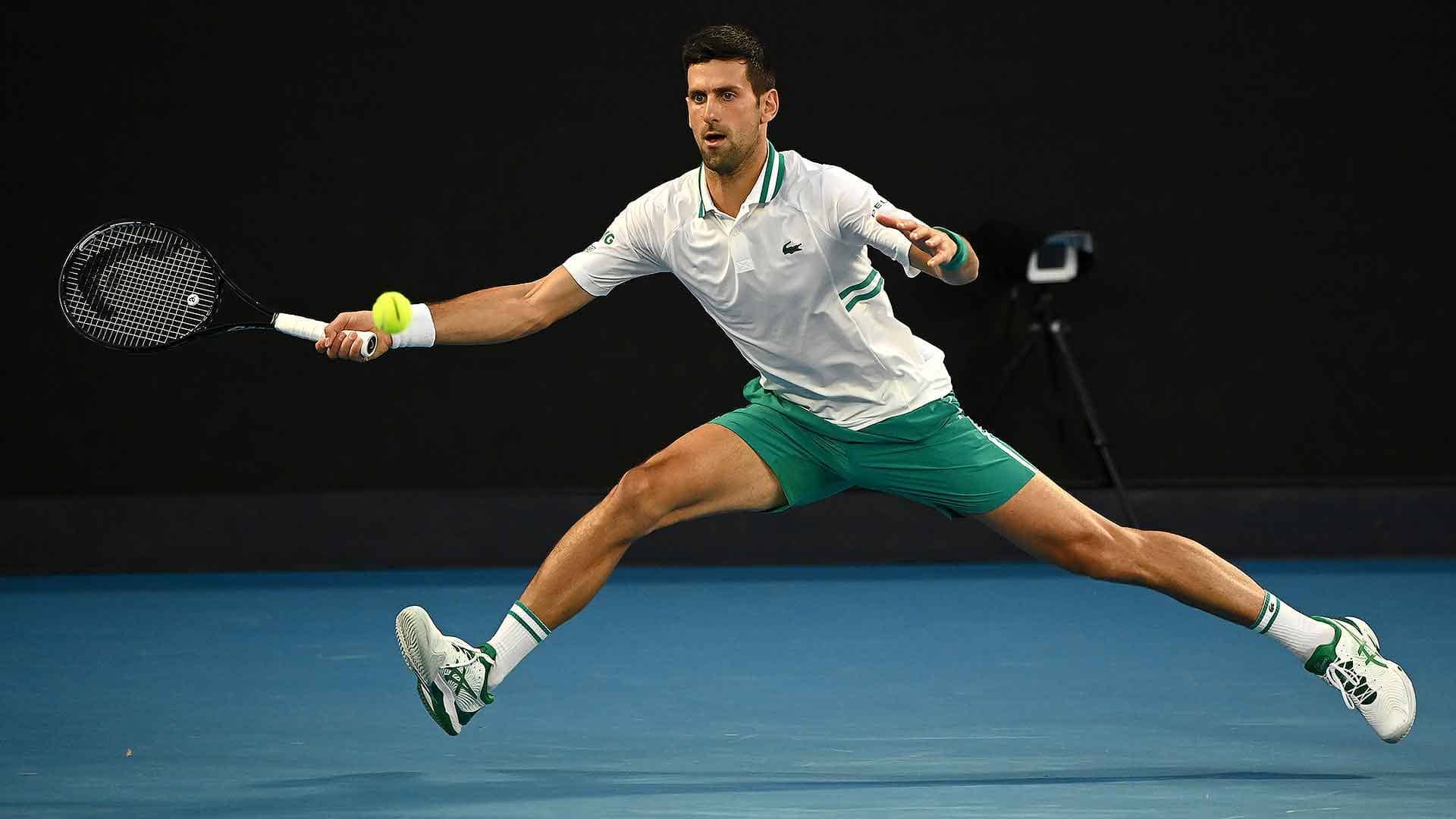 But Karatsev, in just his 19th tour-level match, continued to produce winners — as he’d done in victories over eighth seed Diego Schwartzman, No. 18 seed Grigor Dimitrov and No. 20 seed Felix Auger-Aliassime at Melbourne Park. He recovered to 2-2 in the third set, before Djokovic surged ahead and didn’t look back.

“I want to give credit to Karatsev for a great tournament,” said Djokovic. “Maybe it wasn’t his day today, but he had big wins [on his] debut, [and a] first Grand Slam semi-final.”

“It was a great two weeks for me,” said Karatsev. “It’s a good experience. To play against Novak helps me to get experience.”